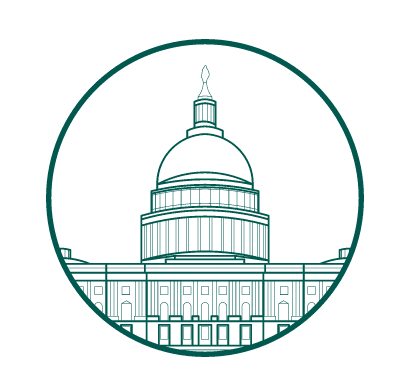 Find out about our workshops and resources for congressional lawmakers.

Find out about our workshops and resources for congressional lawmakers.

Find out about our workshops and resources for state lawmakers.

Find out about our workshops and resources for state lawmakers.

Find out about our resources for scholars and researchers of legislative oversight.

Find out about our resources for scholars and researchers of legislative oversight.

Find out about our programs and resources for law students, high school students, and educators.

Find out about our programs and resources for law students, high school students, and educators.

Read our Latest Op-Ed in The Hill

Curious what the Levin Center got up to in the last few months? Read our fall 2022 newsletter to find

Today, the Levin Center for Oversight and Democracy and the McCain Institute, in collaboration with the U.S. Capitol Historical Society,

Today, in commemoration of the 21st anniversary of the 9-11 terrorist attack on the United States, the Levin Center for

For our democratic system to work, our leaders, institutions (both public and private), and citizens need to value facts and truthfulness. In recent years, however, we have witnessed mass disagreements over what is true and how to separate fact from fiction. We’ve also learned the consequences can be deadly. The Levin Center is sponsoring a three-part series of panels to delve more deeply into how facts become established in the public mind and how truthfulness might be restored to our public discourse.

Our second panel featured three former senators with years of oversight expertise. They discussed the unique role played by Congress in resolving factual issues confronting the country, how committees conduct factual investigations, how committee members attempt to reach consensus on the facts, what happens when they can’t reach consensus, and how investigative hearings and reports affect public perceptions of what is true. They also provide interesting commentary on factfinding by the House committee examining the January 6th attack on the Capitol.

The Levin Center champions bipartisan, fact-based oversight and is affiliated with @_WayneLaw, but our posts do not present the views of WSU or the Law School.

California State Assembly to hold joint legislative #oversight hearing next week about $20 billion in fraudulent claims paid by the @CA_EDD during the #pandemic. EDD and @CaStateAuditor will provide testimony. @AsmCottie @ChadMayes @JimPatterson559
https://www.kcra.com/article/edd-oversight-hearing-set-for-wednesday-how-the-public-can-share-their-experiences/41424026#

The @ModernizeCmte passed 2⃣4⃣ bipartisan recommendations to make a more efficient, effective, and transparent Congress for the American people.

From updating outdated tech to improving constituent services, take a look at our measures: https://bit.ly/3dRB6CO

Have you had the chance to read @Levin_Center director @JimTownsend's op-ed in @thehill yet? He addresses #oversight concerns in the #infrastructure law and #InflationReductionAct and offers recommendations for success. https://thehill.com/opinion/congress-blog/3663992-how-to-ensure-that-bidens-great-american-road-trip-leads-to-a-better-future/

#Oversight is not just a job for the federal legislature -- it starts at home on the local level. The @councilofdc public safety committee held a hearing yesterday about failures in the 911 dispatch system and need for reform @charlesallen @AnitaBondsDC https://www.washingtonpost.com/dc-md-va/2022/09/28/lawmakers-residents-blast-dcs-911-call-center-council-hearing/